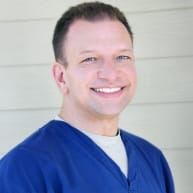 Dr. Adrian Lobono graduated from the University of Illinois at Chicago in 2005.  After graduation he direct commissioned into the US Army and was stationed at Fort Lewis, Washington.  There he completed his first residency in the 1 year Advanced Education in General Dentistry program.  After his assignment at Fort Lewis, he was stationed in Egypt for one year as the Force Dental Surgeon.  One year later, he returned to the States and completed his second residency in Prosthodontics.

Dr. Lobono was eventually assigned to Fort Bragg, NC, where he was Office-in-Charge of a joint force (Air Force and Army) dental clinic.  During his tenure at fort Bragg, he became Board Certified.

Currently, Dr. Lobono, teaches prosthodontics at the 2 year Advanced Education in General Dentistry at Ft. Bragg.  Dr. Lobono frequently lectures on advanced dental procedures and is the guest lecturer at Harvard University in April 2014.  Dr. Lobono’s light touch and light-hearted demeanor often puts his patients at ease during their visit.

University of Illinois at Chicago, 2005.


Meet the rest of our team:

Due to the COVID-19 pandemic, we’ve temporarily revised our hours and policies. We will see emergency patients only.

We’re located in a convenient area of Fayetteville, right by Sam’s Club on Skibo Road. 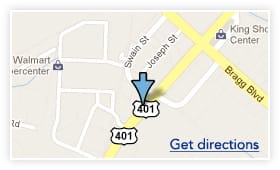 "I have traveled around the world and have been to dentists’ offices in other countries, plus I’ve managed offices and have owned my own business so I know something about customer service. I’ll be honest and tell you that I’ve never experienced such kindness and professionalism at every level of my experience as I have here. On the phone, at the front desk, interaction with anyone, to the actual work, I’ve encountered the highest level of satisfaction possible. Except for the fact that I don’t like visiting the dentist – coming here is always a pleasant experience. I’d never hesitate to recommend or refer D&N Dental. Thank you."